Negotiations with the Cree and Kativik School Boards (Sectoral Negotiations)

We would like to tell you that we have good news, but unfortunately, this is not the case. Since our last Nego Newsletter, there has been little progress in negotiations, particularly at our bargaining tables with the Cree School Board. Increased visibility action is needed and we will ultimately have to consider the possibility of additional strike days if we want the government to stop ignoring our demands. Since April 7, despite the few negotiation meetings we have had, no progress has been made to improve your working conditions. The answers we have received regarding the sums that the Government is granting to our tables to settle our negotiations are confusing but above all insufficient to meet our priority demands, including those on regional disparities. The government is only giving us ridiculously small amounts of money that do not allow us to make real changes in your working conditions or to reduce the inequities between staff hired in the South and those hired locally.

Negotiations at the CSQ intersectoral Table

Despite the meeting of the leaders of the major union organizations with Premier Legault and the President of the Treasury Board on May 2, there is nothing new in the intersectoral negotiations, except for a statement by the Premier that he wants to settle the negotiations quickly. That is what he said in March 2020, then later in the spring of 2020, and again in the fall of 2020. How does he expect to settle if he doesn’t give new mandates ($$$) to his representatives at the negotiating tables?

Along with the other unions and federations affiliated with the CSQ, we attended the General Negotiations Council on May 11 where it was decided to continue negotiations according tote strategies adopted since November 2018 and to adhere to the strike action plan carried out with the objective of maximizing disruption, optimizing the visibility of the strikers and increasing our balance of power with the government.

Strike? AENQ Members will not go on Strike on May 19

For the time being, we do not wish our members to go on strike again before the start of the new school year. However, the current situation may force us to reconsider our position. The professional staff of the South and of the Cree and Kativik school boards will be on strike on the morning of May 19, but not the members of AENQ.

The Labour Code prohibits the employer from using scabs to replace professionals who will be on strike. Professionals may picket schools and centres. The purpose of the picket line should not be to block access to the facility, but to be visible and to inform the employer and the public that a labour dispute is ongoing. Anyone requesting access to the building may cross the picket line. Although the AENQ stands in solidarity with the striking professional staff, its members must go to work that morning. If they feel that their safety is compromised, they will have to notify the employer. If necessary, notify the employer that they are not allowed to access their workplace and wait for instructions.

It is imperative that we remain mobilized if we want the government to respond favourably to our demands. The government must release the necessary funds to make a real change in your working conditions, to improve attraction and retention measures, and to reduce the inequities between staff hired in the South and those hired locally. We are counting on all our members to intensify visibility actions in workplaces and on social networks. An advertising campaign initiated by the AENQ is underway (The Gazette, Nunatsiaq News, The Nation) and province-wide on the web 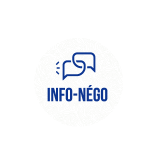